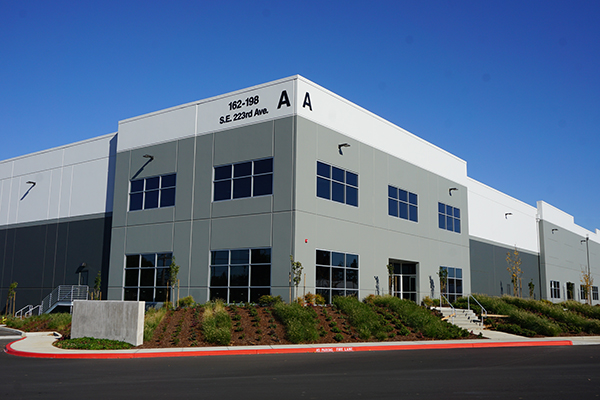 PORTLAND, OR – Imperial Brown, an international manufacturer of walk-in coolers and freezers, will more than double its factory size on the West Coast with a move to a facility in the Vista Logistics Park in Gresham, OR.

The park is the largest speculative industrial project ever developed in the Portland metropolitan area. The factory will grow from the current size of 55,000 square feet to more than 113,000 square feet.

The new Imperial Brown location is three miles from its current location in Portland, where the business has been located for 29 years.

Justin L. Sandall, President and CEO of Imperial Brown, said that the move to this state-of-the-art facility will allow for expansion of the product line and additional growth in sales and production in new markets. It will showcase the company and its products in a highly competitive marketplace. It will also increase community awareness, he said.

Since merger with an East Coast company almost seven years ago, the company has enjoyed unprecedented growth, as well as investing in and updating equipment and building one cohesive company in all aspects, from manufacturing to quoting.

In May of 2012, Imperial Manufacturing of Portland merged with the 100-year-old W.A. Brown & Son of Salisbury, NC. In January 2017, Artic Temp, Inc. of Prague, OK, joined Imperial Brown, giving the company manufacturing facilities in the Heartland, as well as on both the West and East coasts. The acquisitions increased efficiency and provided cost savings for customers. During the past eight years of growth, the number of employees has more than tripled, and Imperial Brown has taken its place at the forefront of the industry, offering customers something no other manufacturer can provide – hard nose panels, soft nose panels and a unique hybrid construction incorporating both technologies simultaneously, Sandall said. “We make all types of construction in all three of our factories,” he said.

“We use the same technologies, computer systems and synergies so that we have 100 percent redundancy amongst all factories.”

For the past seven years, the company has focused efforts, energy and finances in the North Carolina and Oklahoma facilities. “Now, it’s time to reinvest in Oregon,” Sandall said. The increased space will allow the West Coast factory to increase production in the soft-nose and hybrid product lines.

Steve Bert, Vice President of Sales, said that the move will involve very limited interruptions, with normal operating hours and capabilities continuing as usual. Imperial Brown will be better positioned to grow market share in the growing California market, Bert said. ”The market is in flux right now due to many of the California walk-in manufacturers being sold or merging with other companies. Our unique ‘hybrid’ design will help save the consumer money in a traditionally ‘hard nose’ walk-in market.”

The company is a 100 percent employee-owned ESOP with each employee participating and having a stake in company success.

According to MarketWatch, North America is the leading market for global commercial refrigeration equipment, with both this market and the Asia-Pacific market expected to grow at a higher rate than other parts of the world. Customers expect technological advancements in areas such as temperature and operation controls and new product features such as the integration of touchscreen controllers, as well as customization designed to increase convenience and ease-of-use.

Sandall said that culture is Imperial Brown’s top priority. “After seven years of working to expand IB’s reach eastward, this move signifies a resounding affirmation of our company’s commitment to the Northwest, its people, its values and culture,” he said. “Nike, Intel, Boeing, HP, Starbucks, Freightliner and IB – all national companies with deep roots in the Northwest.

“We are the best at what we do, and we must be,” he said. “Beyond the typical supermarket, convenience stores and restaurants, IB serves some of the highest profile and most demanding customers and applications in the industry,” he said. “Throughout the industry, we are known as the company to call when everyone else says no. Maintaining this position and reputation requires work. We cross train, update equipment and technology, streamline processes and work creatively to better our products. That means quality products that are cost-effective for our customers.”

Imperial Walk-in Coolers was started in Portland in 1970 by Al Zell to serve the commercial refrigeration industry by manufacturing the insulated panels used to build walk-in coolers and freezers.

Referring to the company’s roots, Sandall said that the Portland staff is leaving its existing building with nostalgia. “We are appreciative to the Zell family for founding our West Coast operation and providing its physical home for 29 years. We wish the family nothing but the best and I know we will look back fondly on our time at 194th Ave.,” he said.

“But today, is about the future, not the past,” he said. “We are embarking on a new chapter of this great company’s history. We are excited about this new opportunity for Imperial Brown to expand our West Coast operations.”

Imperial Brown continually refines products, using the most up-to-date materials and engineering expertise to provide world-class products that withstand the most extreme temperature and weather conditions. The company is a leader in temperature management facilities for food service, biotechnology, medical and building construction industries. It manufactures walk-in coolers and freezers for restaurants and commercial kitchens, cold storage components for fish processing plants, ice makers for dam construction, wide range testing chambers, pharmaceutical development and manufacturing; high humidity and dry chambers, robotic enclosures, and archival storage chambers for some of the most valuable and fragile documents in human history.